HomeIn the NewsCanned Cocktails Change the Market
In the News 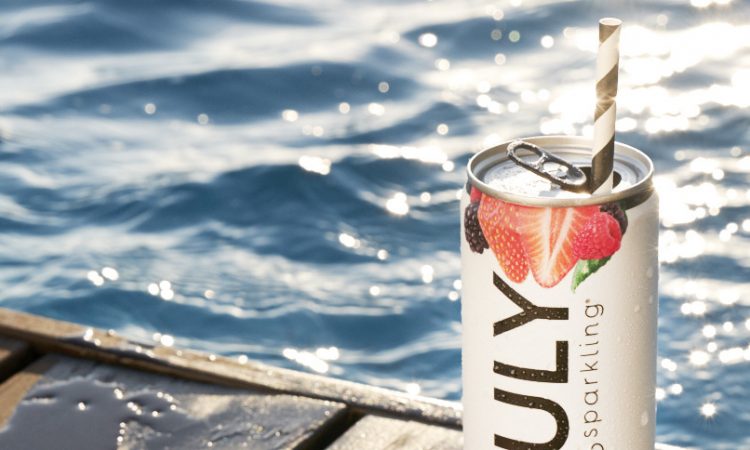 April 19, 2021 — Canned cocktails are the hottest item in the adult beverage business.  They have exploded in popularity.   Referred to in the trade as ready-to-drink or RTD, the pre-mixed canned or bottled single serve category increased 90% year-over-year in 2020.  There are predictions it will reach $1.63 billion by 2027.

The cocktail culture has been growing for some time with talented mixologists enjoying celebrity status.  At the same time cocktails in a can have recorded growing sales in today’s grab-and-go society.  But the pandemic shutdown actually accelerated consumer interest in enjoying cocktails at home.  Sipping a cocktail has a lot of positive implications such as stress relief, sophistication, friendship, conviviality and a break from the mundane.  Even if drinking alone, one’s mood can become marginally improved.

While mixing a cocktail at home is therapeutic for some, it brings its own stress for many others.  Getting a recipe just right isn’t as easy as the pros behind the bar make it look.  Plus it can get expensive when umpteen bottles are required for a splash of this or that.  Reaching for a can?  Easy and speedy.  It’s also a great and inexpensive way to taste new cocktails.

The trend has been good for the liquor industry but what effect is this having on beer?  The category has been in the doldrums for quite some time.  It remains America’s most popular adult drink but sales have been declining for the last five years straight.  There are numerous reasons.  Younger consumers looked for beer with more flavor than, say, Bud or Coors.  They turned to imports and craft beer leading to a plethora of craft breweries in every state.  The big boys took notice and started buying up successful craft breweries much to the dismay of their loyal fans.  It also meant the giant breweries could control distribution.  The three tier system established after the end of Prohibition in 1933 obliges producers of beer, wine and spirits to use a middle man (a distributor) to move product to retailers and restaurants/bars.  The big beer companies dominate the distributorships, which have been consolidating year by year, so that it has become extremely difficult for independent craft operations to expand beyond their immediate area. Taproom sales are not enough and unable to grow their brands, closures began to happen.  Fast forward to 2020.  The pandemic shutdown closed taproom sales.  As states open up, it will be interesting to see how the craft brewing business shakes out.

Flavor, or lack thereof, isn’t the only contributing factor to beer’s declining popularity.  Millennials and Gen Zers are interested in finding healthy alternatives.  Many of them don’t drink at all.  Smart marketers sensing an opportunity introduced hard seltzer.  First among these was White Claw from Mark Anthony Brands, maker of Mike’s Hard Lemonade as well.  Its nearest competitor is Truly from the Boston Beer Company.  There are now dozens of brands of hard seltzer of varying quality.

But there’s something else happening that should worry brewers.  Makers of spirits-based ready-to-drink (RTD) beverages are pushing to reform excise taxes.  That sounds like a yawn but it’s really important.  As explained in a recent article in GoodBeerHunting.com, federal excise tax on a 12 ounce 6% ABV malt-based product is .5 cents.  Hard seltzers and other flavored malt-based beverages are categorized as beer and taxed at the same rate.   Wine-based RTDs pay .10 cents.  Spirits-based RTD beverages pay .15 cents.   That means spirits-based products cost more to make and are more expensive at retail.

There’s also the matter of restrictions on where distilled spirits can be sold in certain states.  The Distilled Spirits Council of the United States (DISCUS), a very active trade organization for the distilled spirits industry, hopes to expand the availability of spirits-based RTDs to more grocery stores.  About two-thirds of states do not allow sales of spirits in grocery or convenience outlets.  In many of these states beer and wine products enjoy broader distribution.

Clearly the brewing industry will face even more competition if spirits-based canned cocktails are on the shelf side-by-side with beer and hard seltzers.  There are only so many dollars in the booze pie.

Wine and Spirits
view all posts
BEST.SUMMER.EVER With Fabulous Prizes from Smirnoff
One Million Trees Promised by Rum Distillery 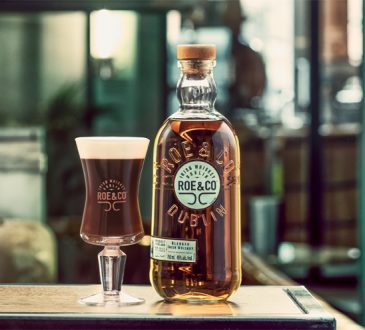 Priscilla FeltonMar 11, 21
March 11, 2021 -- Observing traditions keeps us grounded and St. Patrick’s Day is steeped in traditions we love such...

“Keep the Dive Alive”. You Can Help.